The Penis Envy Magic Mushrooms strain’s origin can be traced back to the deep parts of the Amazon. It was discovered by Terence McKenna, a renowned author, psychonaut, ethnobotanist, and lecturer during one of his many visits to the massive forest.

When Terence went back to the USA, he began cultivating the shrooms, and later on, he shared the Penis Envy prints with some of his colleagues, including Steven Pollock. Ultimately, the Penis Envy reached different parts of the world and is now regarded as one of the most prized shroom variety.

The rare and sought-after strain is regarded as the most potent variety of Cubensis Psilocybe due to the high psilocybin/psilocin and psychotropic alkaloid levels. In fact, the experience it offers is often compared to that of much more potent psychedelics, such as DMT and LSD.

The physical attributes of the Penis Envy have primarily contributed to its name. Looking at the strain, you will notice that it looks like a large penis. The striking resemblance to the human organ and its enviable size explains the name given to this shroom variety.

The strain looks smaller than other shrooms, but it does have a large, dense, thick, and healthy-looking white stem. It has an undeveloped bulbous cap that looks more rounded than your typical psilocybin Cubensis strain. This is due to the lack of a ‘velum or veil’ that separates the shroom’s stem from the cap. Its primary role is to keep the spores intact until the shroom is fully matured. 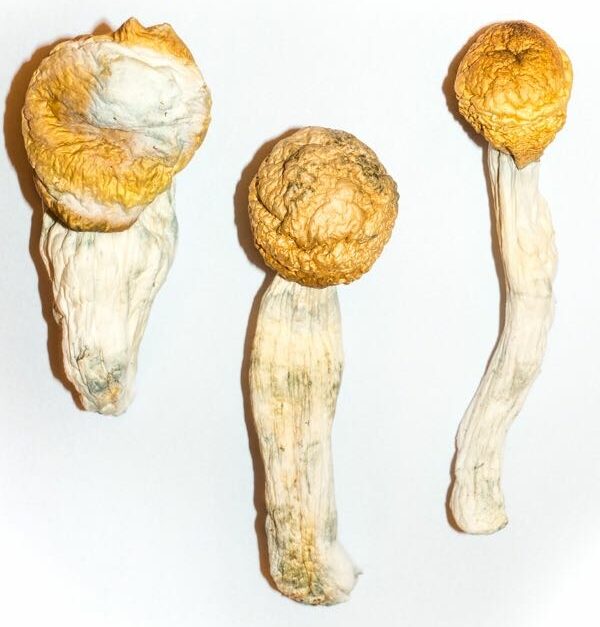 The effects occur almost immediately, and the psychedelic trip is characterized by wavy and intense visuals, time distortion, deep introspection, hearing color, and seeing sounds. Additionally, one is likely to have a deeper connection with the universe while on an out-of-body experience. On a high dose, you may achieve total ego dissolution.

The Penis Envy Shroom has both medical and mental health benefits to the consumer. Shrooms have been scientifically proven to hold numerous therapeutic properties. They help with anxiety, depression, stress, and addiction.

Penis Envy Shroom strain is difficult to grow; thus, it is not recommended for amateur mycologists. The high levels of difficulty can be attributed to its lack of a velum which causes less than ideal sporulation. The cultivator will have to use a high number of shrooms to acquire a viable spore syringe.

Additionally, the Penis Envy strain required special treatment and care due to its high susceptibility to contamination.

If you are looking for top-notch, properly dried, and affordable Penis Envy mushrooms or any other variety, look no further than Magic Mushroom Dispensary. We have the most expansive collection of Psilocybin Cubensis strains in Canada.

The Penis Envy is one of our top-rated strains with impeccable reviews. Register with us today and enjoy numerous deals and discounts.